Students of the Year Dallas

YAYYY, week 2 is here. Week 1 of our campaign went amazing! We are off to a really good start but we still need more help. Let's end cancer together!!

Max Hinojosa is our 2021 Students of The Year Honored Hero!

At one month old, Max was diagnosed with an extremely rare form of Leukemia called Juvenile myelomonocytic leukemia (JMML). After weeks of treatments, surgeries, and procedures, Max’s medical team decided to try a drug that had been funded by LLS. Max underwent treatment for almost a year before his body became stable, free from any medical intervention. His first year of life was a lot different than what you see today. Now, the Hinojosas are proud to say Max is in remission. As Max battled childhood cancer, LLS provided tremendous support for their family. “That was our introduction to parenthood and something we’d never wish to repeat, but in that desperation and in that fear, there were numerous resources that emerged, and LLS was by far one of the biggest of those,” his dad, Dallas Fire Captain Cristian Hinojosa, said. He is grateful that his son is happy and healthy.

Today, Max is a healthy 6-year-old, and a passionate member of LLS’s Big Climb community. He is the biggest Stars hockey fan in Dallas, a voracious reader, and a kind and thoughtful young man. He wants to be a firefighter when he grows up just like his dad, Cristian, a captain with the Dallas Fire Department. Cristian, his colleagues and Max participate in Big Climb every year to celebrate Max and raise funds for LLS. The firefighters climb in full gear – about 65 pounds worth – but Cristian takes it to the next level, carrying Max all the way up 71 floors on his back… And he couldn’t be happier for the extra weight.

Cristian considers LLS very similar to the fire department; They’re both in the business of saving lives. He won’t stop fundraising and climbing with LLS until we reach the top and find a cure. 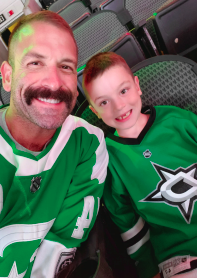 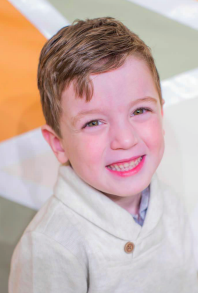 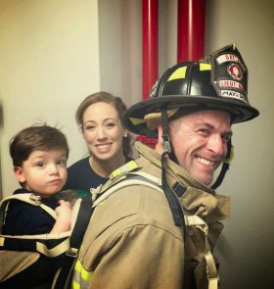 Yay! It’s kickoff day! Today is officially the day my campaign starts and we can start to receive donations! So happy we can be a part of ending cancer together ❤️❤️

Welcome To My Fundraising Page.

Please join me in supporting The Leukemia & Lymphoma Society (LLS) by making a donation to my fundraising campaign. Thanks to your support, my efforts, will help fund the therapies and treatments and help save lives today.

LLS's continued advancements over the years, are responsible for the blood cancer survival rate doubling and tripling; in some cases, the survival rate has even quadrupled.

And many LLS supported therapies not only help blood cancer patients but are now used to treat patients with rare forms of stomach and skin cancers. They're even being tested in clinical trials for patients with a range of cancers including lung, brain, breast, pancreatic and prostate cancers. LLS funded drugs are now being tested for patients with other non-cancerous diseases like Diabetes, Rheumatoid Arthritis and Multiple Sclerosis.

We really are changing the face of blood cancer!

All donations are greatly appreciated and are tax deductible. They'll not only support LLS research but patient services, advocacy, public and professional education, and community services as well.

Please visit my Web site often and bring friends who would also like to donate!

On behalf of blood cancer patients everywhere I thank you for your support!
For more information about LLS, please visit lls.org